They talk about security and humanity but the result of their politics is war, torture and global militarisation. In early april the NATO wants to celebrate their 60. anniversary in Strasbourg and Baden Baden. They intend to conclude a new which - like the previous one - will conduce to the maintenance of the inequitable world economic order and is the effort to ensure their unobstructed access to the raw material- and energyresources of the world by military force. Thereby neither proactive wars nor the first-time use of atomic weapons is excluded.
With the integration of the US missile defense shield in Poland and Czechia the former block confrontation strategy of the NATO against russia - whose effects recently became apparent in Georgia - was revived. The militarisation of the EU is not an alternative to NATO but likewise a dangerous abberation. 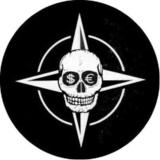 NATO states, USA ahead, still make war on Irak. Germany with its US airbase in Ramstein is the logistic turntable of the military actions. With the increasingly agressive course of actions of the alliance in Afghanistan it shows more and more distinct what occupation armies bring about: They brutalize society, create more misery and more bombdead people. It is on the cards that even under the new US president the pressure on Germany to send out still more soldiers to Afghanistan will increase.

On the 3.4. in Baden Baden the annual military spectacle will open with a feast and a subsequent opera visit of the NATO heads of governments. A splendid opportunity to cook their goose and to get on their nerves right beside the meeting places, so that they won't believe their eyes when solemnly going to the opera. The choice of
Baden Baden with its glittering dainty-shops, all the 5-star hotels, the luxurious conference halls and the nearby located radio stations and TV broadcasters as favoured place for the opening events is also owed to police contemplations. The intention is to accomodate many of the delegationparticipants staying overnight compact at one place
and it is thought that it is relatively easy to protect them from protesters in the easy to close off Oosbachtal ('valley of the Oos stream').

We come to win

We want to turn the tables and let the ceremonial act not take place. Because the police and the organisers of the NATO-summit have got a problem. Their time scedule is extremly narrow. A lot of delegationparticipants will arrive at the last minute directly from the G20 summit in London - which will also be haunted by protests.

Such a military- and politics-show needs preparation, needs logistics. For Baden Baden alone 2000 delegates are expected who need to go to the city at some time, and therefore only 2 streets are provided and possible. We can be sure, that not only the many
hundreds and thousands of protesters but the police itself with their water canon vehicles and vacatingtanks will be the ones standing in the path of the summit.
Let us help them to shut down Baden Baden. We only have to be early enough to slow down the preparations, be well informed (about rat runs, meeting places, hotels etc.) and be well coordinated. It would be fine, if groups were to take part of the preparations just yet.
There are coordinating- and prepationmeetings at the dissent!-meeting and at the international actionconference in Strasbourg. The actual state of affairs and how you can chime in preparations in your region you can learn by writing to block-baden-baden@riseup.net.

On the day of the summit there will be an info point with rudimentary catering, with legal aid and sanitary facilities nearby the railway station of Baden Baden, where one can discuss the actual situation in a safe environment. There will be a demonstration starting at the info point leading to the conference hotel, which will be announced for a possible approachroute beginning at 6 am. To allow all activists to take part in the gatherings in Strasbourg, all gatherings in Baden Baden will end at 10 pm. We will organise few shuttle busses from Baden Baden to Strasbourg and back.

Above, all people participating at the protests will surely be glad about independent actions, not only in Baden Baden but also in adjacent sites of the summit as the hotel Bühler Höhe... , where you can pester the delegates.

Looking forward to see you.... some snowed under