Media G8way was set up in 2007 as an international press service for
individuals, groups, networks and (dis)organizations who understand
themselves to be part of an independent radical left movement against
the G8. Media G8way does not claim responsibility for the content of the
statements it distributes on behalf of the groups or individuals who
use its service. This year, Media G8way will be supporting the
efforts of activists in Japan to distribute news and information about
protests against the Japanese G8 Summit, 7-9 July 2008. 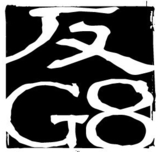 We met with people from the G8 Media Network (g8medianetwork.org) during
anti-G8 Infotour in Japan in 2007, and have been in very close contact
with No G8 Action Japan (http://media.sanpal.co.jp) since its first
beginnings.

Your help is very much appreciated. More help is needed to circulated
radical perspectives and information in languages other than Japanese.
We are able to help with info and press releases in English and German,
but if you can help by translating to your language and posting to your
indymedias, email lists, and/or mainstream media, that would be great!